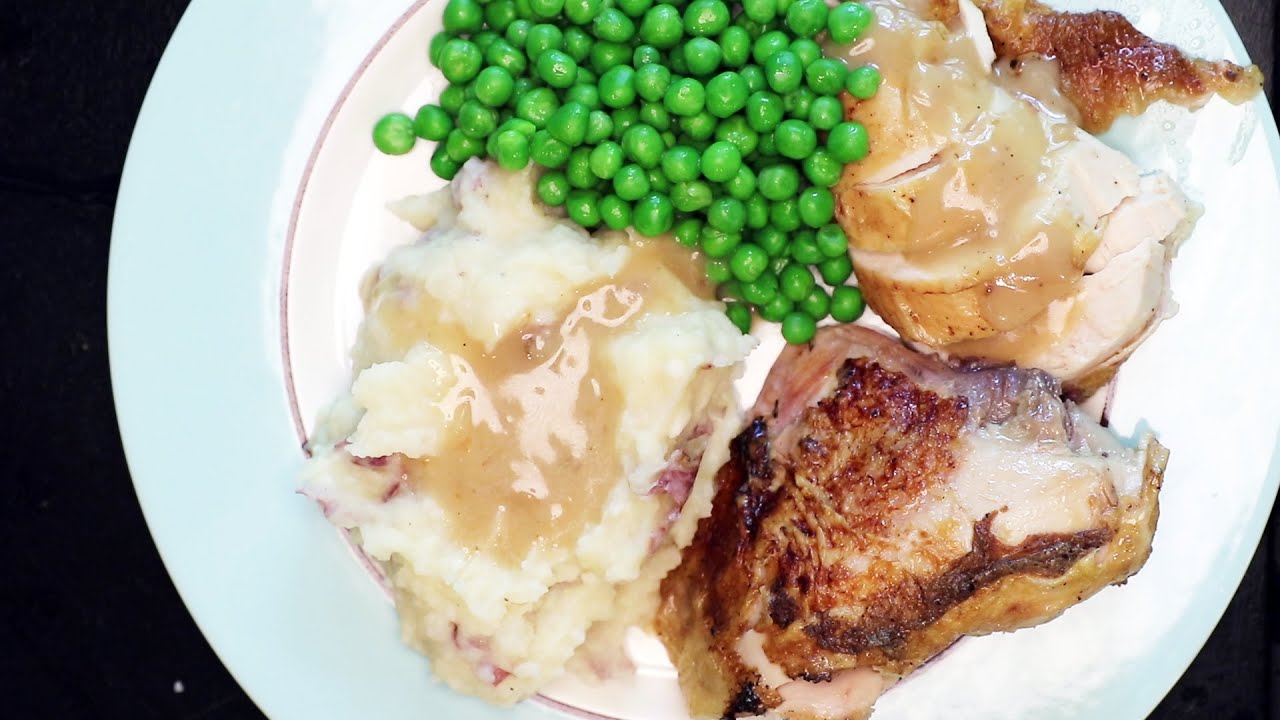 Everything you need to make my version of this classic dinner, which serves 4-6. Thanks to Skillshare for sponsoring this video! The first 500 people to sign up via my link will get two FREE months of Skillshare Premium: https://skl.sh/adamragusea

For the chicken, put some olive oil in a 10-inch skillet and put the chicken on top. Put in enough salt and pepper to coat the entire chicken, and smoosh the olive oil and seasoning around every surface of the chicken. If you have them, stick a chunk of lemon, a shallot or chunk of onion, and some rosemary (or other herb) into the cavity of the chicken.

Get the oven pre-heating to 400 F (convection, if you have it). Turn a burner on medium under the pan and cook the bottom of the chicken for about 15 minutes. Transfer the chicken to the oven. After about 30 minutes, sprinkle the breast with garlic powder and up the temperature to 425 F. Cook another 15 minutes or until the deepest part of the breast reads 160 F (or 165 if you need to be particularly cautious about food safety).

For the gravy, remove the chicken from the pan to a plate after it’s done roasting. If you don’t want a ton of gravy, pour off some of the fat (possibly into the mashed potatoes). Turn heat on medium under the pan. Whisk enough flour into the fat to make a thick paste, and cook for a minute until it smells nutty. Deglaze with some water, stock, or white wine, and scrape all the fond from the bottom of the pan. Whisk in some more water or stock until it looks like a very loose sauce and simmer for about 10 minutes until it becomes thick and brown. You could chop up the shallot/onion from the chicken and throw that in, and you could squeeze in the lemon from the chicken if you like lemony gravy. When the gravy looks thick enough, test for seasoning and adjust with salt and pepper or anything else you want. Then dilute with more water or stock, accounting for the fact that the gravy will thicken as it cools. Strain it if you don’t want the chunks.

For the potatoes, cut the red potatoes into even, big pieces for boiling. Don’t peel them. Peel the Russet potato and cut it into slightly bigger pieces than the red potatoes, because the Russet cooks faster. Put the potatoes in a pot of water and boil until you can easily pierce them with a fork. While they’re boiling, peel and chop the garlic. Drain the potatoes into a colander and return the empty pot to the heat. Put in a little butter, and fry the garlic until just golden. Put in the milk, get it hot, then put in the potatoes. Put in some of the excess chicken fat and/or as much butter as you want (I do half a stick), a big pinch of salt, then mash until everything is combined. Stir with a spoon (the masher is bad at mixing) and test for seasoning.

For the peas, put the frozen peas into a microwave safe container, cover with water, and microwave until boiling. Strain, then stir in a little butter and salt.

MY COOKING PHILOSOPHY: I don’t like weighing or measuring things if I don’t have to, and I don’t like to be constantly checking a recipe as I cook. I don’t care that volume is a bad way of measuring things — it’s usually easier. I like for a recipe to get me in the ballpark, and then I like to eyeball and improvise the rest. If you’re like me, my goal with these videos is to give you a sense of how the food should look and feel as you’re cooking it, rather than give you a refined formula to reproduce. 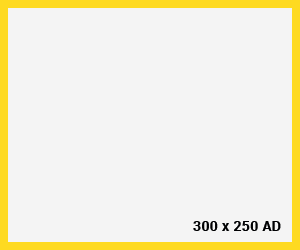 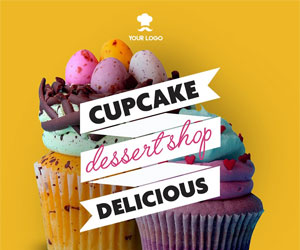